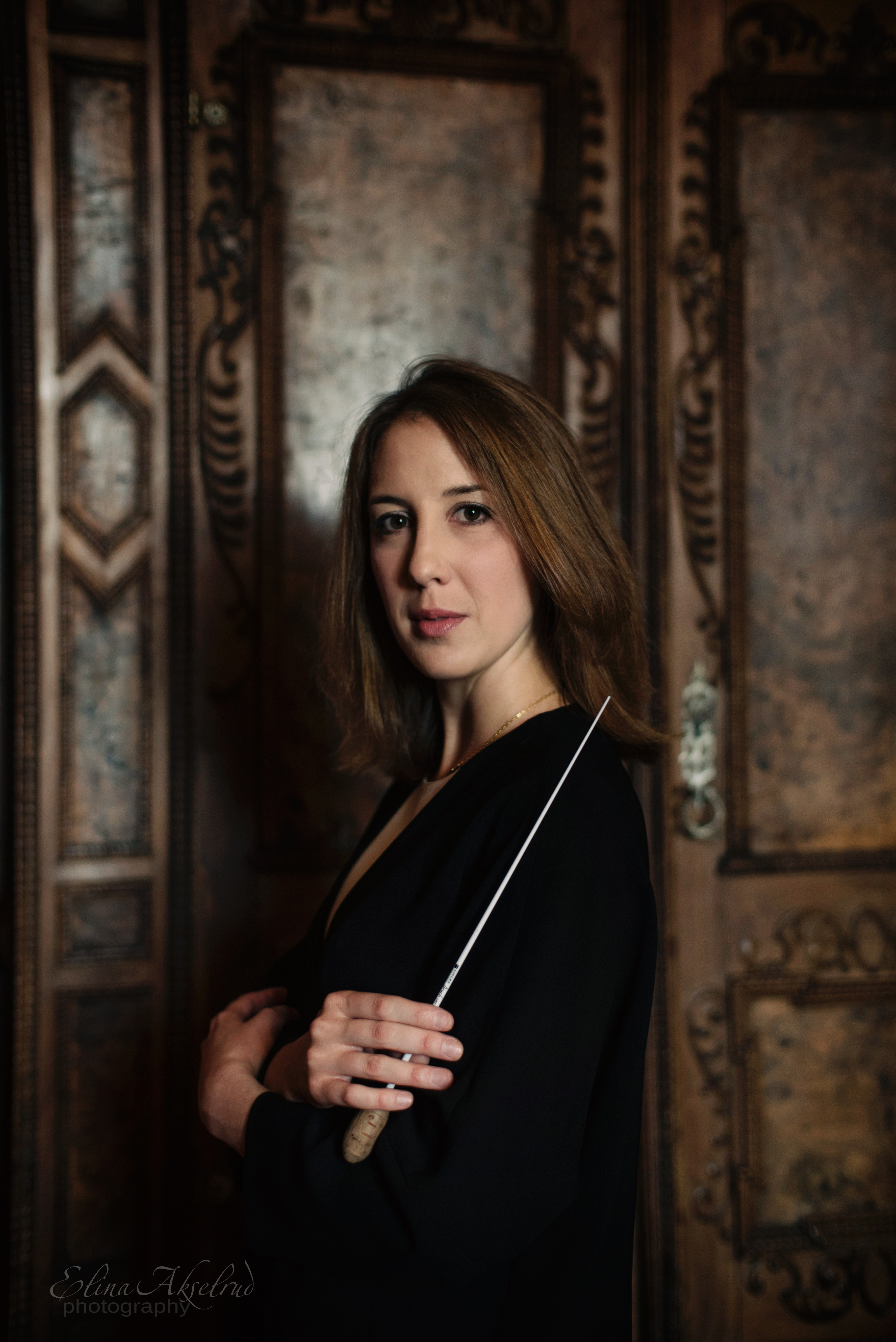 I began my conducting studies in Italy at the “Accademia Musicale Pescarese”, where I studied from 2009 to 2011 with M° Donato Renzetti, and where I conducted the “Orchestra Sinfonica Pescarese ” in rehearsals.

In 2012, I attended a five months masterclass with M° Fabrizio Dorsi and I conducted the orchestra “La Nuova Cameristica ” in rehearsals and at the final concert.

In 2013, I was selected to enter the conducting course at the “Conservatorio G. Verdi di Milano” in the class of M° Daniele Agiman, where I am currently assisting. Here I conducted the orchestra “I Pomeriggi Musicali ” in rehearsals and academic exams.

In Milan, from February 2013 to July 2014, I was teaching for SISTEMA Orchestre e Cori Giovanili Lombardia, and in May 2014 I conducted the youth orchestra of about hundred children in a public concert at the “Sala Verdi del Conservatorio di Milano”.

In September 2014, I moved to Lucerne in Switzerland where I studied orchestral conducting at the “Hochschule für Musik” with M° Howard Arman.

I graduated from my Diploma and Master Degree in September 2016, conducting in a public concert Stravinskij’s Pulcinella (Ballett-version) with the orchestra “Festival Strings Lucerne ”.

In Lucerne, in December 2015, I conducted a public concert with the baroque ensemble of the University (Bach Akademie Luzern) with Bach Kantatas BWV 132, BWV 156, BWV 82.

In August 2016, I conducted with M° Marin Alsop in a workshop organized by the LUCERNE FESTIVAL.

In July 2016, I was selected to conduct in the final concert Beethoven’s 5. Symphony in a masterclass with the orchestra “I Musici di Parma ”.

In April 2015 and in January 2016, I took part in the masterclasses and competitions organized by Achim Holub in London, where I won the Prize with Special Commendation from the orchestra in the April 2015 masterclass.